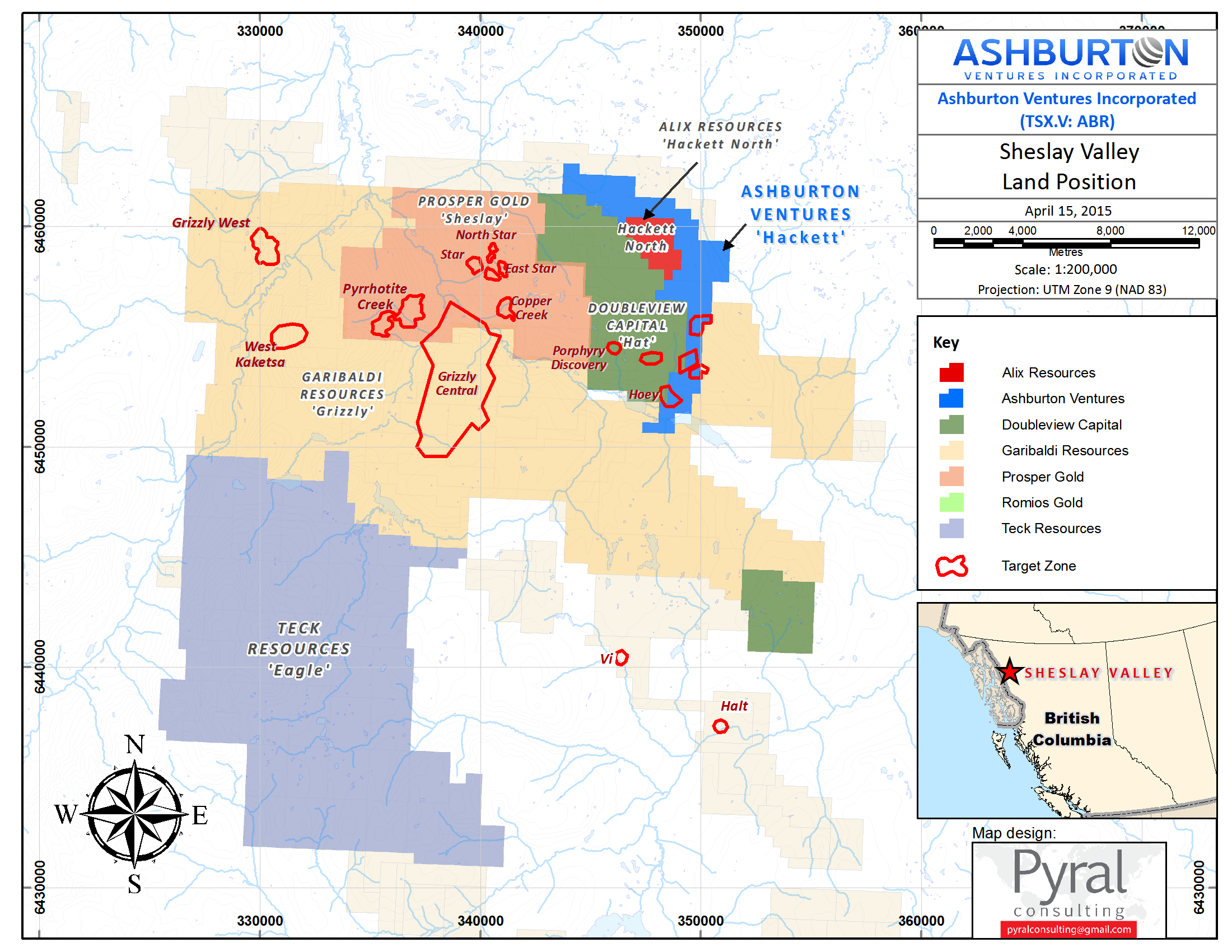 Volcanic-sedimentary assemblages and intrusive rocks at the Hackett and Hat properties are similar and are believed to be part of the Stuhini group. A large gossanous zone was observed along the western portion of the Hackett during recent flyovers, and this area will be the subject of an early work program including sampling and mapping, as soon as weather permits, in order to prioritize potential drill targets.

Systematic exploration has never been carried out at the Hackett, and the company is extremely encouraged by Doubleview's drilling success as well as historical aeromagnetics that identified a magnetic high on the southern portion of the Hackett claims (B.C. Minfile report No. 18158, 1988).

"Ashburton is extremely fortunate to have claims adjoining and on trend with these significant discovery holes drilled by Doubleview," explained Ashburton CEO Mike England. "Expanding our land position at this time was an important strategic move for what is setting up to be a very intense and potentially spectacular work season throughout the Sheslay district."