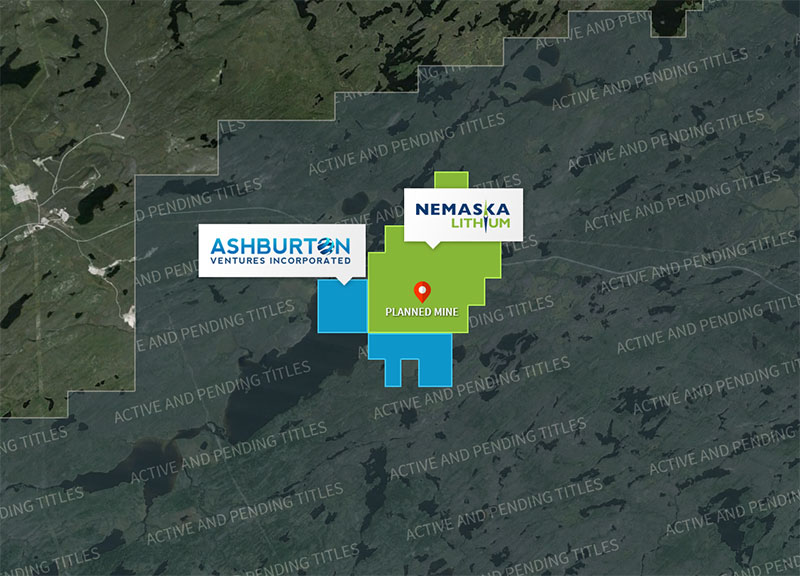 The Whabouchi South property is comprised of two claim blocks totaling 1176 hectares located to the south of Nemaska Lithium Inc’s Whabouchi project. The property is also on geological strike with Nemaska’s Whabouchi mine, the viability of which was supported in NMX’s feasibility report released April 4, 2016. The property is less than 1.2 km south of Nemaska’s planned mine site, shown to hold the world’s second largest and richest deposit of spodumene - the source of lithium - in the world, with 27,000,000 tonnes of proven and probable resources, with an estimated mine life span of 26 years (see Nemaska PR dated April 4, 2016).

An initial ground based geo-physical program is underway and is expected to complete in the near future.